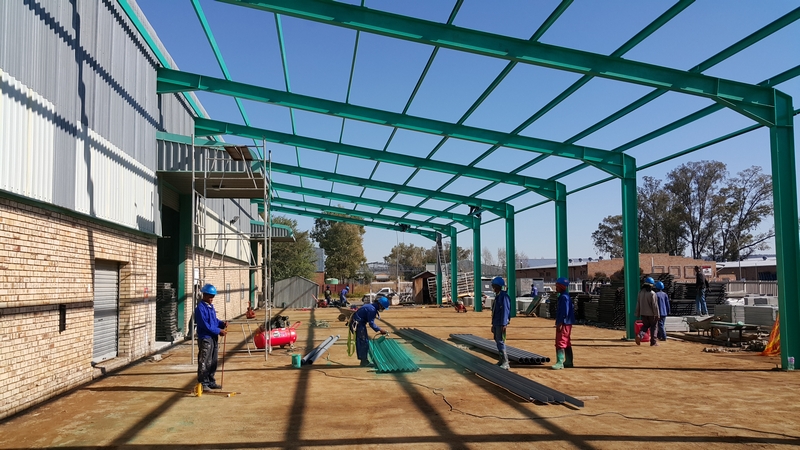 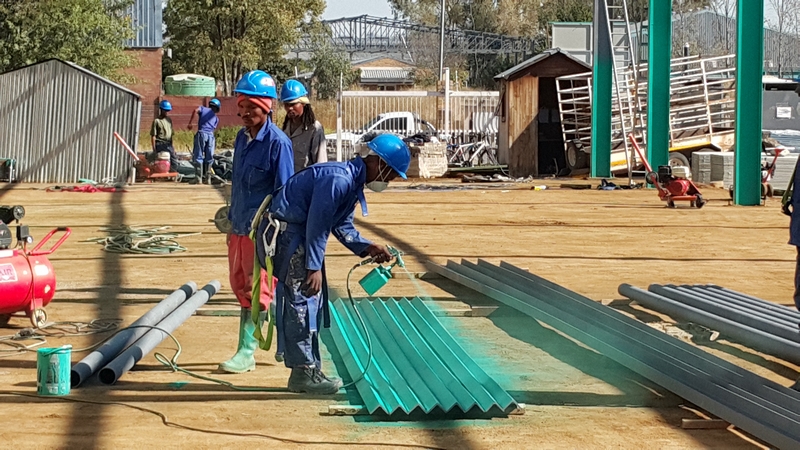 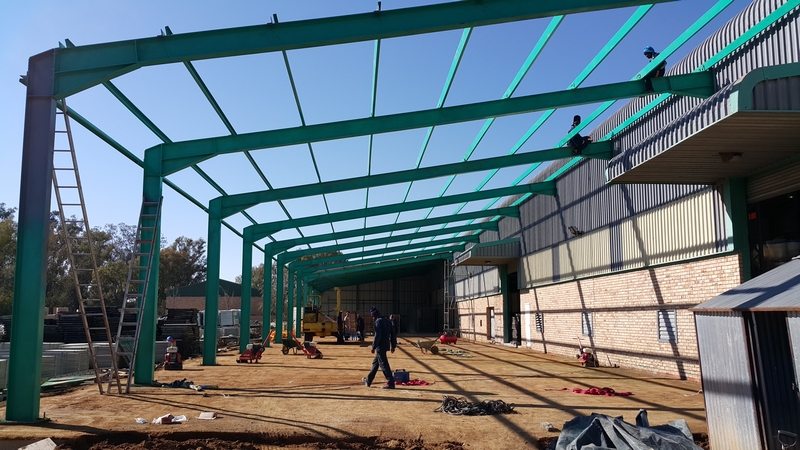 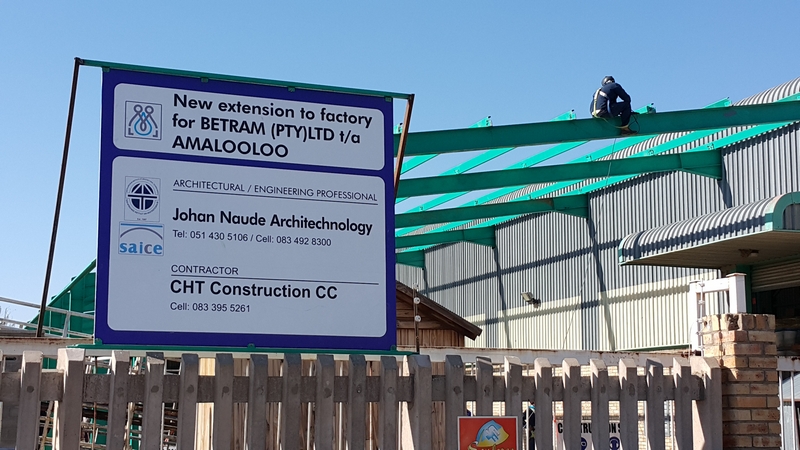 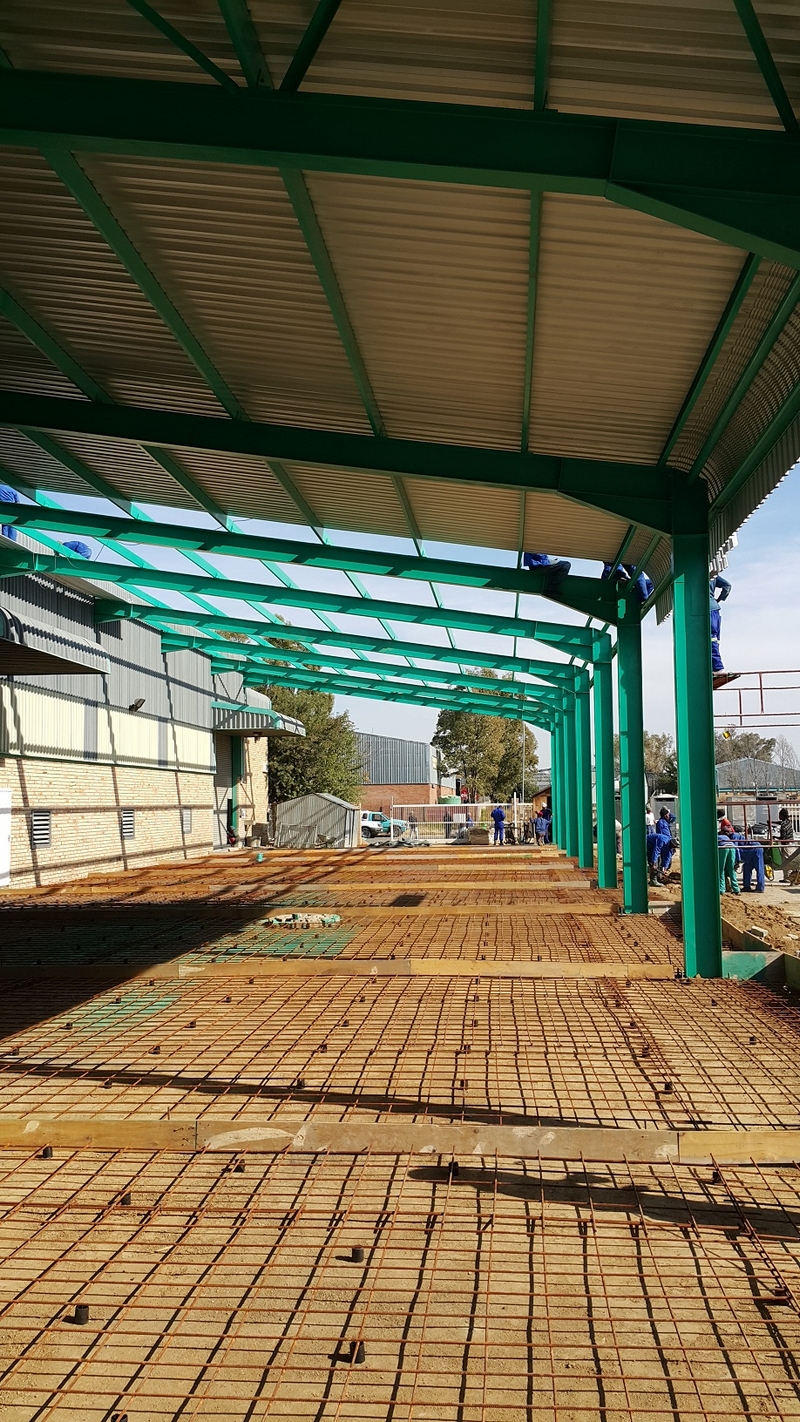 Project completed on time and within budget.

We are proudly associated with this project as Principal Agent, and responsible for both Architectural- and Structural Engineering design.

After being awarded a Government Contract for the supply and delivery of prefabricated toilets, the client was under  immense pressure to enlarge his factory to accommodate more plant and curing space for concrete panels. The site was handed over to CHT Construction CC on 17 April 2015  and completed 7 weeks later on 29 May 2015. No extras, no variations, no deviations, no contract price adjustments